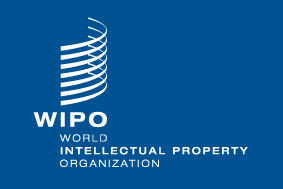 Japan and the United States lead a small group of nations that are driving innovation in 3D printing, nanotechnology and robotics, three frontier technologies that hold the potential to boost future economic growth, a new WIPO report shows.

Relying on an original mapping of patents to fields of innovation, the report shows that Japan, the U.S., Germany, France, the United Kingdom and the Republic of Korea accounted for 75 percent or more of all-time patent filings in the areas of 3D printing, nanotechnology and robotics.

While U.S. entities file collectively for most nanotechnology patents, Samsung is the top filer and six of the top ten filers are from Japan – Nippon Steel, Toshiba, Canon, Hitachi, Panasonic and TDK. IBM, the University of California, and Hewlett Packard of the U.S. complete the top ten list.

China is the only emerging middle-income country moving closer to this group of advanced, industrialized nations. Looking at more recent history – patents filed since 2005 – Chinese applicants account for more than a quarter of patents worldwide in the area of 3D printing and robotics – the highest share among all countries. In the case of nanotechnology, Chinese applicants make up close to 15 percent of filings worldwide – the third largest origin of patents. In contrast to the longer established innovating countries, Chinese patent landscapes show a markedly stronger presence of universities and public research organizations (PROs).

The report underlines the elements of successful innovation ecosystems: government funding for scientific research and support in moving promising technology from the laboratory to the production stage; competitive market forces that encourage firms to innovate, supported by vibrant financial markets and sound regulation; and fluid linkages between public and private innovation actors.

The report also documents how innovation is increasingly linked to research at universities and public research organizations. The 3D printing, nanotechnology, and robotics fields show higher shares of academic patenting compared to the three historical cases of airplanes, antibiotics and semiconductors. Nanotechnology stands out, with academic applicants accounting for around a quarter of patenting worldwide.

The case studies document how innovation flourished as a result of knowledge sharing mechanisms – from the first clubs of amateur airplane inventors to modern open innovation models found in 3D printing and robotics research. By encouraging disclosure and providing a flexible tool for licensing, the IP system has facilitated the sharing of knowledge.

The patent mappings carried out for the six case studies show that innovators have overwhelmingly sought patent protection for their inventions in high-income countries plus China, reflecting the large size of these countries’ markets, as well as the presence of competitors with frontier technological capabilities.

The report’s case studies on 3D printing, nanotechnology, and robotics conclude that the large number of patent filings in these innovation fields have yet to result in increased litigation over patents and other friction over IP rights. However, as many of the underlying technologies are still at a relatively early stage of development and have yet to see any commercialization, conflicts surrounding IP rights may well increase in the future.

Copyright is also becoming more visible and relevant for technological innovation: first with the inclusion of software as copyrightable subject matter and in the protection of any kind of digital expression, including 3D object designs and the design of computer chips.

The World Intellectual Property Report is published every two years, with each edition focusing on specific trends in an area of IP. Previous reports have explored the role that brands play in a global marketplace and the changing face of innovation.