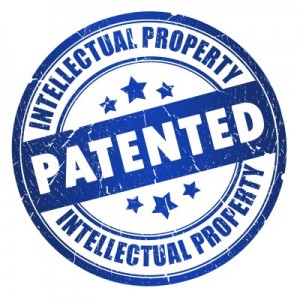 The dissemination and transfer of technology is a major pillar that supports the raison d’être of the patent system. Based on the exclusive rights conferred by a patent, licensing is a permission granted by the patent owner to another to use the patented invention on agreed terms and conditions, while the patent owner continues to retain ownership of the patent. Licensing not only creates an income source for the patentee, but also establishes the legal framework for the transfer of the technology to a wider group of researchers and engineers, who may, in turn, further contribute to the development of the technology concerned. The extent to which the technology is transferred of course also depends on other factors, such as the size of the market.

Since technology licenses play an important role as a catalyst for the further development of technology, providing a legal and policy framework for intellectual property licenses is becoming more and more important. Today, as demonstrated by the developments in bioinformatics and nanotechnology, continuing progress in science and technology has removed the traditional boundaries between technological fields, fusing the technologies to ever more complex new areas of technology, which requires a comprehensive research work and enhanced collaboration. Although the business sector plays a major role for research and development on activities with a commercial objective, many of the fundamental technologies having great implications for everyday life came from publicly funded research that was not intended for immediate commercial use. The importance of ensuring a greater collaboration between the private sector and the public research sector has been recognized in the recent past, and the need for universities and public research institutions to develop intellectual property policies has been emphasized in many countries in order to properly manage the intellectual property rights relating to their research results.

In a globalized economy, technology licensing and transfer of technology are important factors in strategic alliances and international joint ventures in order to maintain a competitive edge in a market economy. Thus, policy tools to facilitate licensing and technology transfer at the international level have often been considered in the context of creating an appropriate climate for investment and economic development.

Although the enforcement of patent rights per se does not raise the question of anti-competitive behavior, any licensing agreements which lead to an abuse of a market position, for example, for achieving and maintaining a monopolistic position, may be considered as an anti-competitive practice under competition law. For example, in the area of information and communication technologies where a number of patents owned by different patentees are involved in one product, a patent pool agreement may be sought by the patentees, which in turn may raise issues as to its effect on competition.

Since every patented technology is unique, every license agreement reflects the particular needs and expectations of the licensor and licensee. However, certain issues are fundamental to the success of a licensing agreement. For example, in order to conclude a license, the value of the patented technology has to be determined. Unlike tangible property, this is not an easy task, but several methods have been developed to facilitate the evaluation of technology.